Each year in the small village of Jukkasjarvi (Jukkasjarvi) in Swedish Lapland arrive dozens of artists, designers, to rebuild a unique hotel of snow and ice – Ice Hotel. It is the world’s largest ice hotel – its area reaches 6000 square meters, on which the rooms where everything, even the bed made of ice. Competitive selection of sketches held in August and begin construction in November. 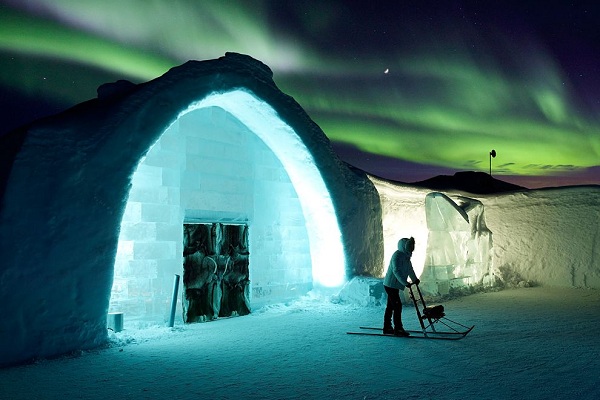 The hotel itself is open from 10 December to mid-April. Because of the construction work every year at different architects, the hotel is also every time it turns out to others. Standing remains only the internal temperature -5-8 degrees. Therefore, the owners of the hotel recommend hold in ice chambers only one night and then move to the “warm” hotel, located next door. For breakfast, guests at the ice directly into the bed bring cranberry mulled wine. The bed is a podium covered with spruce branches and reindeer skins, and guests sleep in sleeping bags on the fur. Toilets and showers are located in specially equipped premises, there is warmer. The Ice Hotel has a reception hall, a museum of ice figures, Absolut Ice Bar, which entered the 1994 top ten most exciting bars in the world by Newsweek, warm restaurant specializing in local Lappish dishes of venison, elk, trout and desserts from cloudberries and blackberries as well as a chapel, where they spent the wedding and baptism. 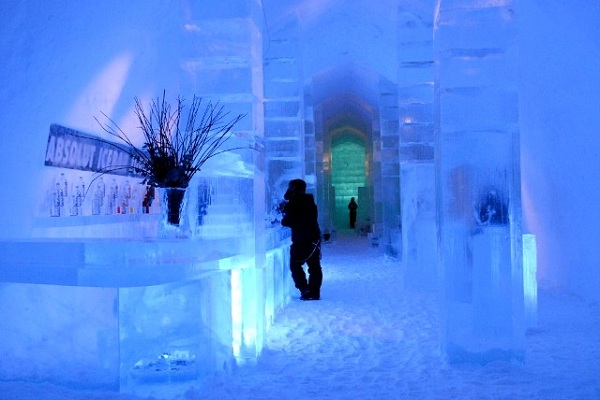 The idea to create ice hotel came in the spring of 1990, when a French artist held an exhibition in the ice house – needle. The visitors had nowhere to stay, so they asked for permission to spend the night in an igloo. On the floor spread a deerskin, and instead of beds were sleeping bags. After the Swedes began to build ice hotels in Norway, Romania and Canada. Today, when global warming is growing, ice hotels are becoming more expensive, and soon may disappear altoget her in the spring and again reborn. 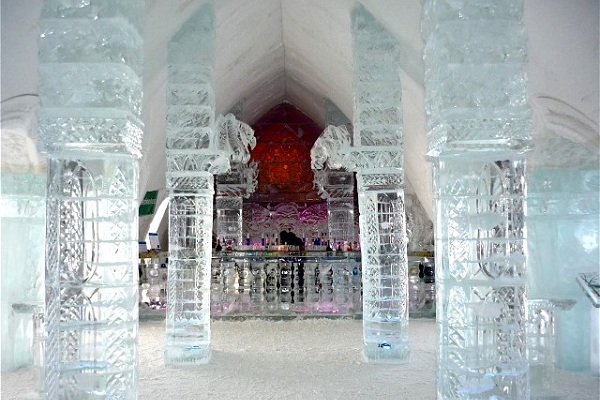