There are incredible destinations in Europe known worldwide such as Amsterdam and its canals, London for its shopping, its museums and atmosphere or Paris the City of Light. Europe also has thousands of hidden treasures. From Rothenburg in Germany to Preko in Croatia and Faial in The Azores, discover a selection of the finest unknown destinations in Europe. 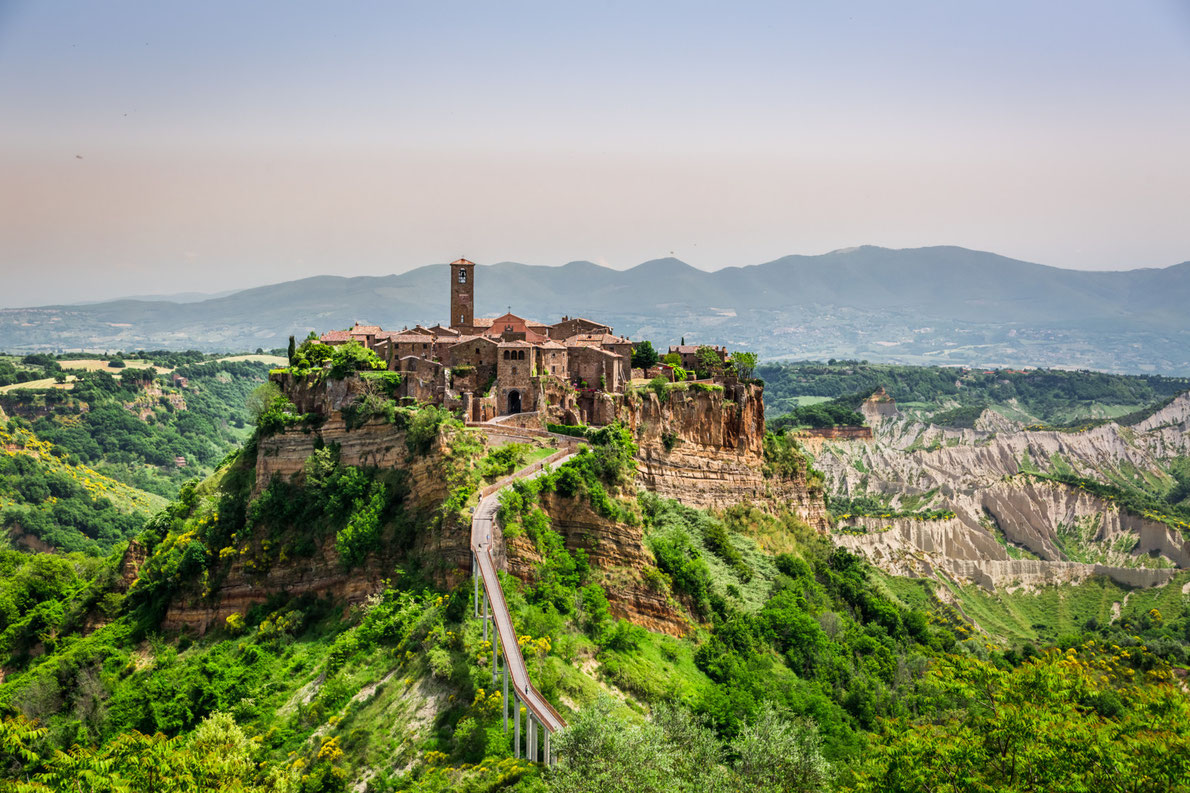 Civita di Bagnoregio
Italy
Civita di Bagnoregio is actually two remote towns. Civita is on a hill accessible only by a long stone walkway that begins at the end of the road from neighboring Bagnoregio. Once, Civita was the larger community and Bagnoregio the satellite.
Today, Civita has only about 6 year-round residents, so few that Civita is nicknamed “the Dying City.” Many of the buildings in Civita are being purchased by rich Italians who come here for vacation. However the town suffers constant erosion of its volcanic rock into the valley below.
Civita is a charming medieval city, almost utterly untouched by the Renaissance. (The facade of the church was remodeled during the Renaissance, but the city is otherwise entirely medieval.) The city’s most famous native was the 13th Century philosopher and saint Bonaventure. Despite its nickname, during the tourist season, Civita bustles with day trippers.
The long bridge into Civita is steep — and it gets steeper as it rises. This is a challenging climb for anyone not in particularly good shape.