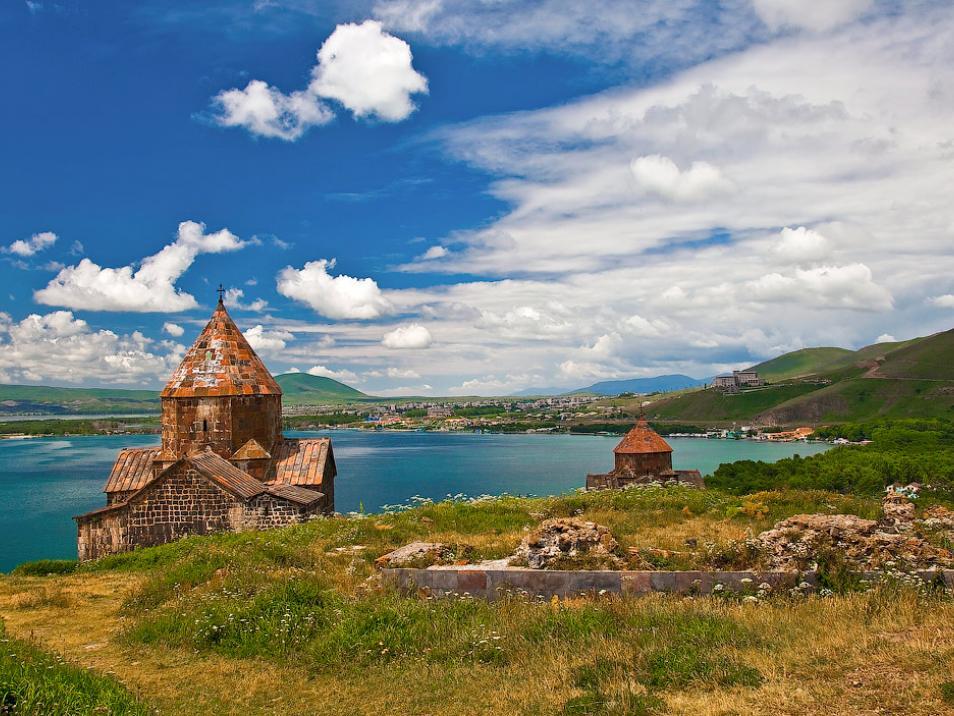 Sevan – the lake in Armenia, at an altitude of 1900 m; the largest of the lakes in the Caucasus. Area – 1240 km². The average depth of 26.8 m, maximum – 80 m. This follows p. Razdan. The waters of Sevan and Hrazdan HPP cascade used Sevan. To replenish the waters of Lake Sevan tunnel was built (48.3 km) for the transfer of water in the lake district. Arpa. In 1978 it created natural national park “Sevan”

In ancient times, Lake Sevan was within the ancient Armenian province of Syunik, and called on the Armenian Gelamovo lake. Turkic name of the lake Gokcha from Goychay – “blue water”.
In 921 the Armenian king Ashot II Iron, entrenched on the island of Sevan, defeated the Arab army commander Beshir on the lake, clear Armenia from foreign invaders. The battle went down in history as the Battle of Sevan.