The translation of the  means Crown of the Mughals. For some time it was also called the Taj Bibi-as-Rauza or the burial place of the Queen of hearts. According to an old legend, Prince Guram, the future Shah Jahan, once the market saw the poor girl. Looking into her eyes, he immediately decided to take her to his wife. So in 19 years, Arjumand Bano Begum acquired the status of second wife of Prince Guram. Guram have been many other wives and concubines, but it was a long time Mumtaz won the heart of the future ruler. 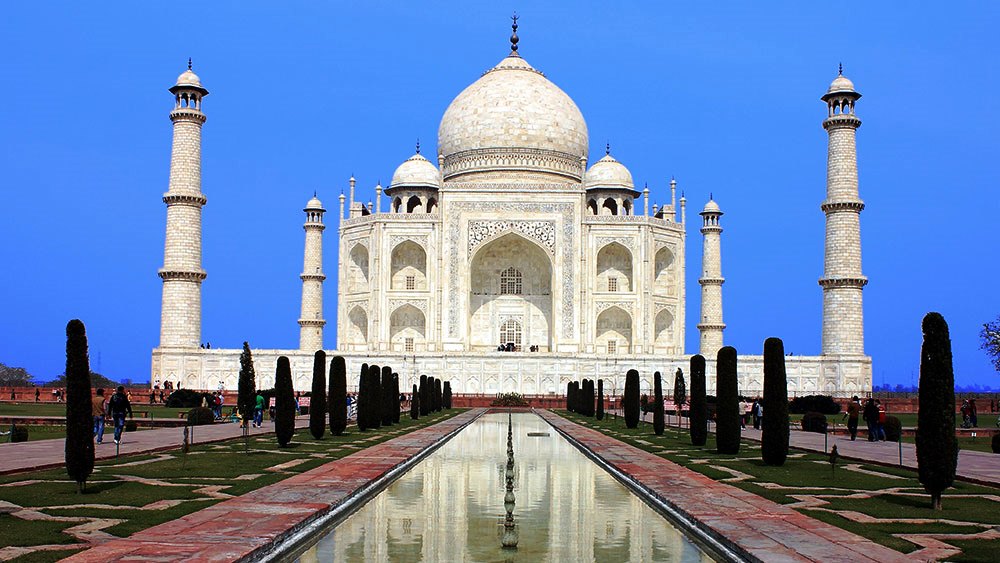 20 thousand people were building the landmark of India. The very tomb was surrounded by a wall made of red sandstone. Before the mausoleum of the Taj Mahal built a huge yard for the future garden. According to one of the most beautiful legends on the opposite side of the river Jumna governor began construction of another of the same shape, but made of black marble mausoleum for himself. In this legend, and in the general architecture of the building is visible love of Shah Jahan for symmetry. Erected antikopii mausoleum did not come true – his son Aurangzeb intercepts throne and imprisons his father in the Red Fort. So Shah Jahan spent his last years of his life under house arrest, and died in 1666.